REMAINS OF THE ROAD 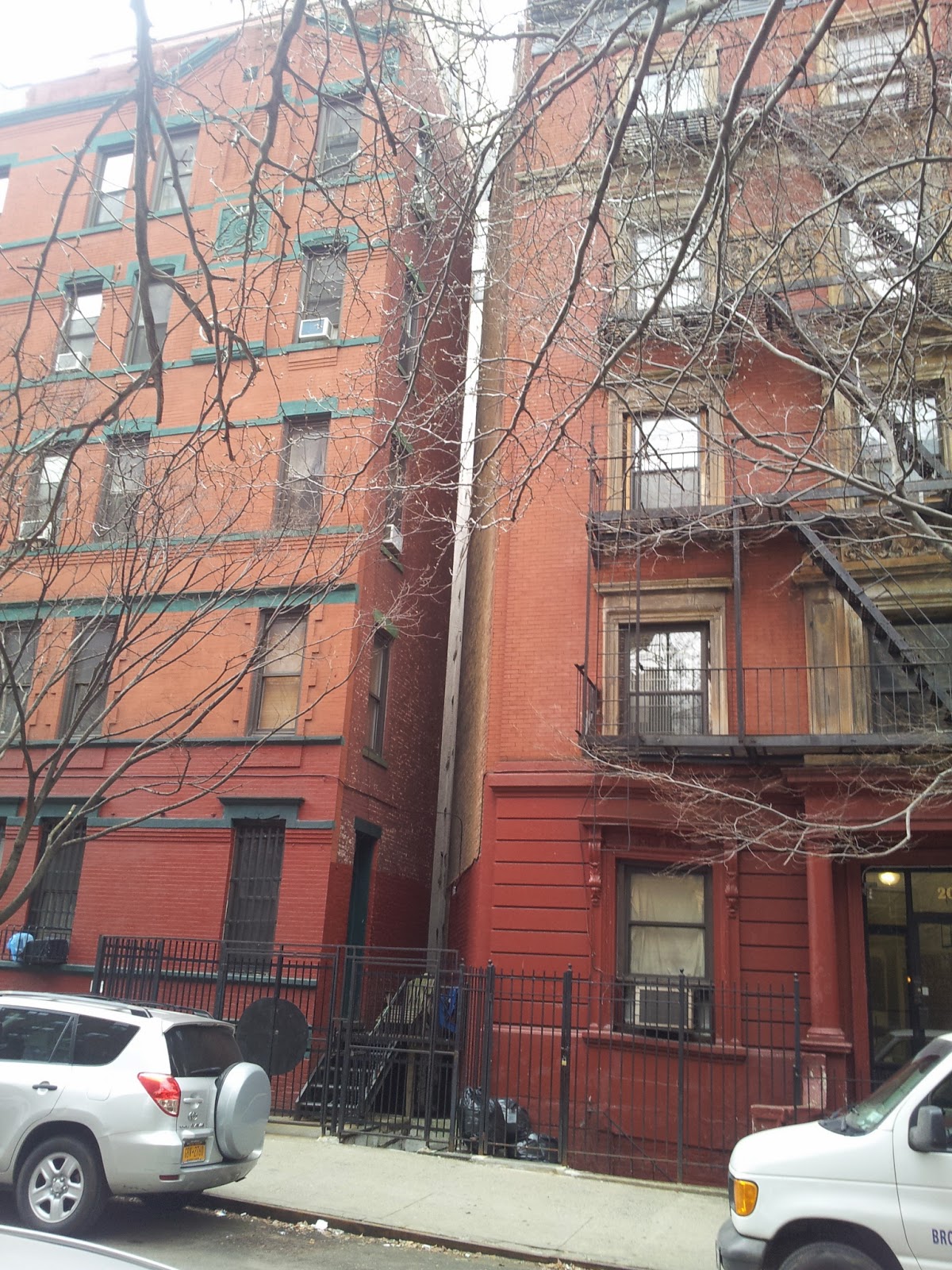 How many times have you walked the block on 102nd street between Broadway and Amsterdam and noticed 202 West 102nd and the odd angle it takes.  If you stand on the north side of the street and look straight into the lobby of the building, you are facing real south, not downtown.  Conversely, if you are coming out of the building you would be heading due north as you promenaded through the lobby.  So why? This building is at such an angle that it almost looks like a flat. The eastern wall in this garage follows the same contours that this building does. 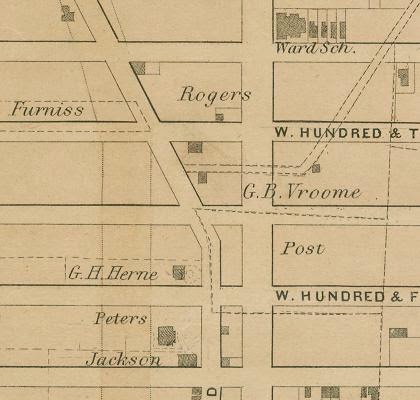 This is the 1867 map and what appears to be Broadway is not, it is the Bloomingdale Road.  The footprint of Broadway is visible to the west, or left, of the Road.  As the Road takes a turn to head due north it is cutting, at an angle, through 102nd street.  Today, where the road took that turn is in between Broadway and Amsterdam.  At the top of the map where it says "Ward School" is the site of the playground outside P.S. 145. and is the first of what will eventually be 3 school buildings on the site. 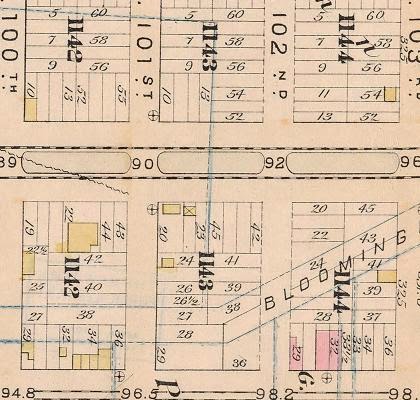 This the 1885 map and The Boulevard is in place and it appears that The Road has been rendered obsolete. There are undeveloped lots now in the footprint of The Road and for some reason the lots on the south side follow the contours of the road.  There is nothing on either side and still the abandoned Bloomingdale Road is dictating the shape of things to come. 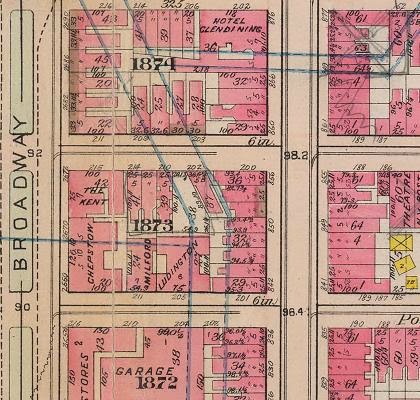 This is the map from 1911 indicating the current 202 West 102nd street.  Broadway is there in it's current location and the Road has been reduced to dotted lines with a blue tint and a building at an angle.  The Hotel Clendining is there at 103rd and Amsterdam and the 442 seat Rose Theater east of Amsterdam showed movies until it closed around 1942. But was it showing movies in 1911?
Posted by New York Tours By Gary at 3:48 PM No comments: