Harlem had / has many hearts, especially the Harlem east of Fifth avenue. East 113th was part of Italian Harlem once upon a time. 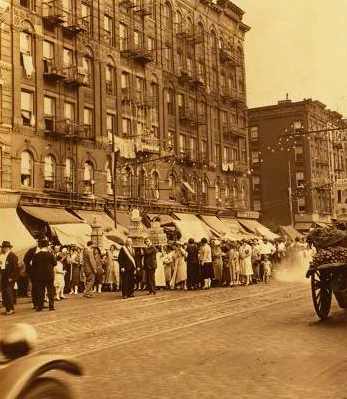 In the late 19th century and into the early 20th century, an enormous wave of new Americans came to the shores of the Big Apple from southern Italy and Sicily.  A large contingent of this wave settled in East Harlem.  People from the same town would tend to settle on the same block, if not the same building, as accents from town to town in Italy are surprisingly different. There was also the idea of familiarity in addition to being able to communicate that lead to this phenomenon. This is a picture taken in July of 1931, looking south on First Avenue from 113th street. We are looking at the annual Feast of Our Lady of Mount Carmel. 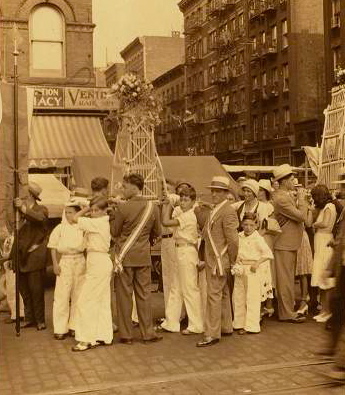 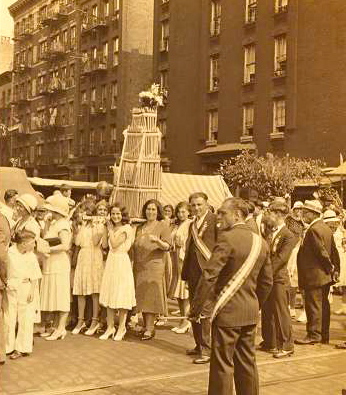 The same event again looking at the same buildings on East 113th. 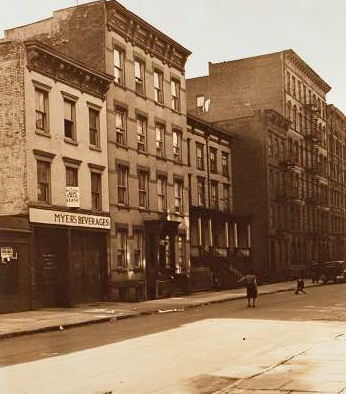 This is 172- 156 East 113 between 2nd & 3rd looking west at the south side of the street. Myers Beverages must be 172. In the middle there are two single family wood frame houses with stoops and porches. The ever forward thinking City of New York passed a building ordinance in 1877 that forbade this type of construction. This was after enough disastrous fires in this town. Given this, these structures had to be built prior to 1877. The land was once owned by James Roosevelt and was sold off during the first half of the 19th century. There had been some speculative building going on as the Harlem River Railroad had opened it's horse car line on what we now call Park Avenue after 1835. This picture is from November 1937. 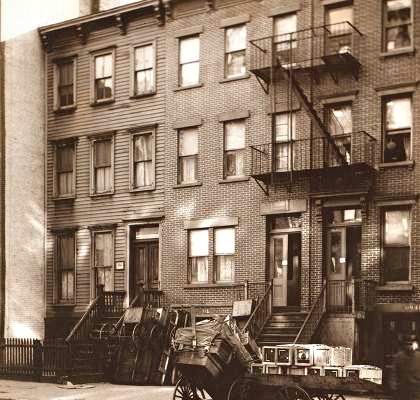 114 -118 East 113 between Park and Lexington. While 116 got and 118 got brick fronts, 114 retained it's weathered wood look. The open land that was East Harlem began to develop in earnest post Civil War as more and more people migrated to the United States, particularly New York City. An island shaped like the rock I call home, a population can only move up as the lower part of the island began to swell population - wise. This photo dates from 1932.

Posted by New York Tours By Gary at 2:25 AM No comments: