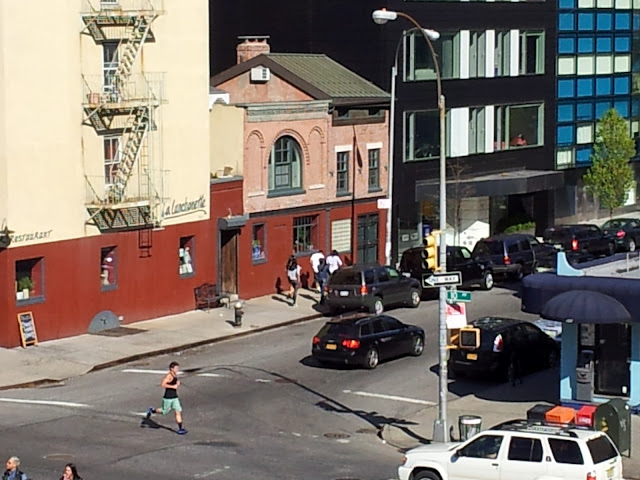 So I was walking down the High Line a few weeks ago and when I got to 18th Street I noticed a little building just east of 10th Avenue. Needless to say I became obsessed with this little building. Although connected now to the building on the corner, it was once upon a time a separate building. What was it I wondered and what did it look like years ago. I assumed that it had once served as a stable that also contained an apartment upstairs for a carriage driver as it could have been owned by someone with who owned a private house along the rows east of 10th Avenue. 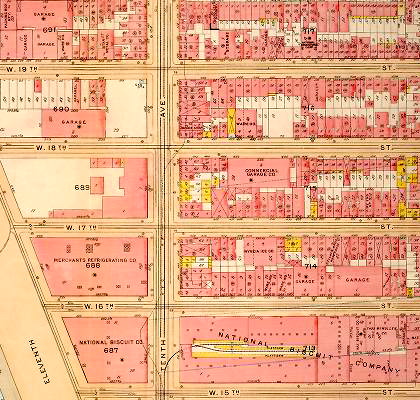 This is a map from 1916. The building is there (it is a little yellow square). A great many buildings are still with us including the 2 National Biscuit Company buildings, one of which had a rail line running into the building. Flour came in and cookies (and biscuits) went out.The NaBisCo building on the left is where the Oreo was invented. 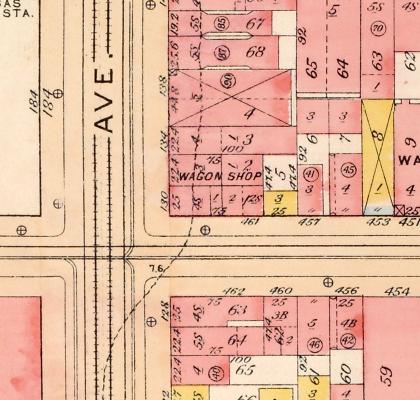 This is detail from the map above. The building is there. It is a small yellow box, indicating a wood frame. 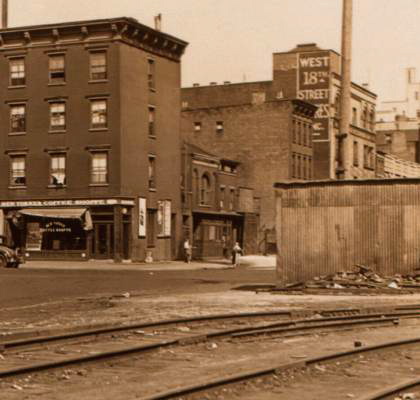 This is detail from a photo taken in July 1932. The tracks in the foreground are west of 10th Avenue as is the corrugated metal wall. The New Yorker Coffee Shoppe is on the North East corner of 18th street and 10th avenue as a tenement rises above it. This western part of the Chelsea neighborhood was pretty tough, as you can imagine. Tracks running down the street did not help and the 9th Avenue el acting as an eastern boundary dictated the course of the area. West of what was called "The Tenderloin" and south of what we know as Hell's Kitchen (the traditional dividing line between Chelsea and Hell's Kitchen is 34th street or north of the 30th Street Yards of The New York Central) and just a bit north of what we now call "The Meatpacking District". 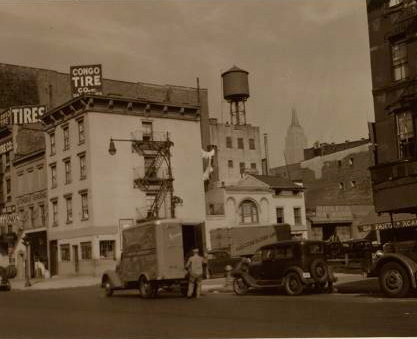 The tenement got a fresh coat of paint and a new storefront. The little building received new paint too.  The tracks of the New York Central are no longer running down the middle of the street.  The opening of the High Line in 1934 took care of that. 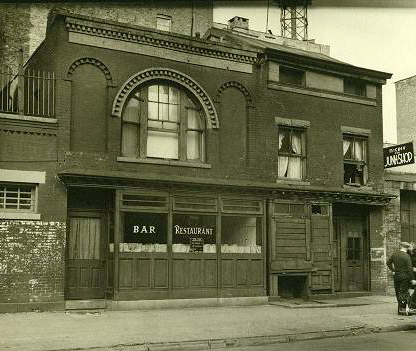 This is a photo taken by Bernice Abbott in 1938. It might have been intended for the Changing New York series but did not make the book. The little building is a restaurant in 1938 and is part of one today.  The tenement on the corner and the little building survived while Mickey's Junk Shop and the tenement just to the east did not. As this area re-invented itself (with the help of developers) as a place to be, there was bound to be collateral damage. What always surprises me about New York is while a neighborhood gets re-purposed, even with the randomness of what survives and what does not, there will always be reminders of the past.
Posted by New York Tours By Gary at 12:43 PM No comments:

Interior view of the Claremont Theater 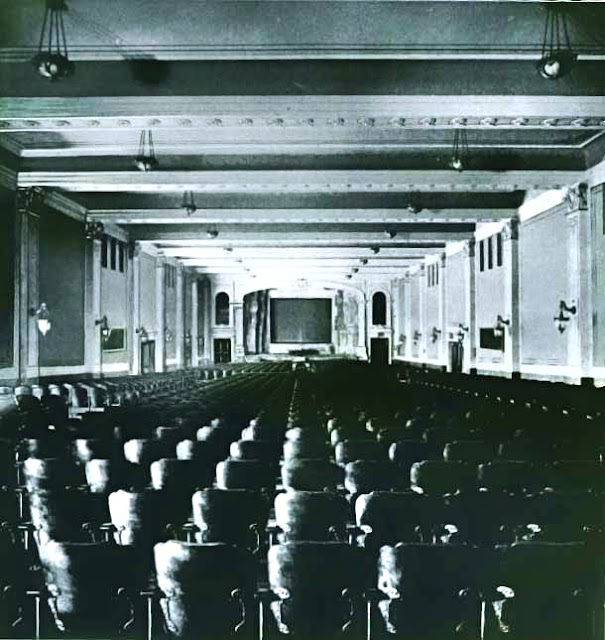 This is a rare find. It is the interior of the Claremont Theater on Broadway at 135th street.  I have talked about this theater before but I found this picture recently and had to share.  This theater opened in 1914, one of the first built just for the exhibition of motion pictures (no stage but maybe an orchestra however more likely just an organ), with a capacity of 1350 all on one floor.  What was more significant about this space was that it was designed by Gaetan Ajello, the Sicilian born master architect of too many buildings on the Upper Westside.  The prodigy from Italy, who worked primarily for the Paterno Brothers, designed only one theater - and this was it.  Not to sound catty but it does remind me of the lobby of the building I grew up in, which is an Ajello design built by the Paterno Brothers, except a great deal longer and with more chairs. 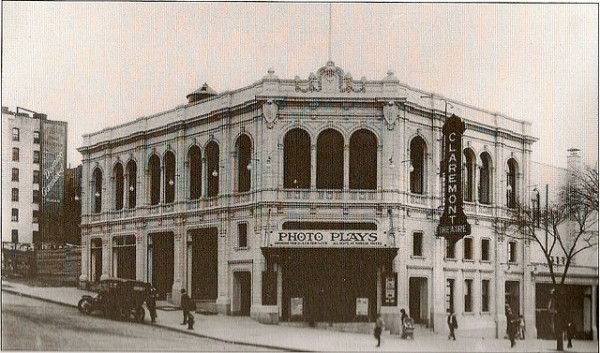 The white terra cotta part of the the structure also contained a stores (on the left heading east along 135h Street and on the right running south along Broadway. The theater was on a north south orientation, if you were in the theater facing the screen you were facing south.  The second floor contained a dance hall and restaurant.  The theater closed in 1933 and became a car showroom. The exterior structure is intact and in 2006 it was landmarked by the City of New York. 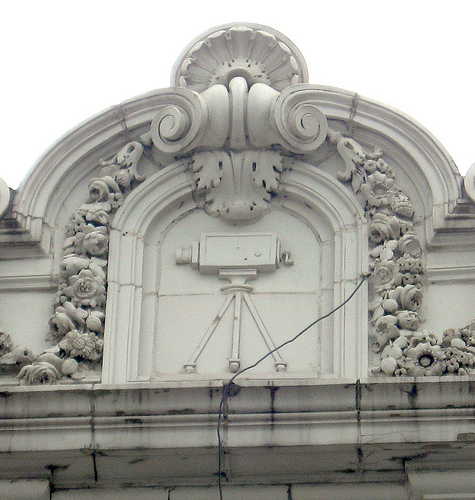 This is detail from the pediment at the center of the facade above the entrance.  There is no symbolism here, it is a modern (1914 modern) movie camera. Next time you pass the south east corner of 135th street and Broadway, look up.
Posted by New York Tours By Gary at 11:15 AM No comments: