Another One Bites the Dust - Another Slaughtered Lamb, Another McElfatrick Disappers Into Oblivion

Back In August of 2013 I put up a piece about a theater.  It was announced that yet another piece of our puzzle, mosaic, history or whatever you want to call it was going to go.  The once upon a time Columbia Theater at 47th and 7th was going to join the list of "used to be".  We knew this place as the Embassy 2, 3, and 4.  It's last incarnation was an over sized souvenir store - never had I seen so many Statue of Liberty(s) or Empire State Buildings in one place. 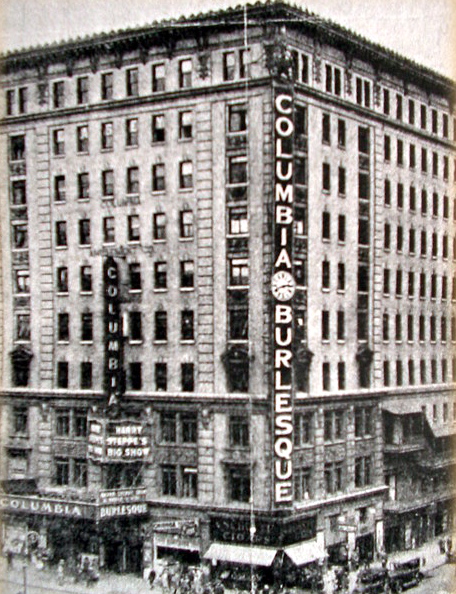 The Columbia Burlesque was designed by William McElfatrick, one of the most prolific theater architects of the late 19th through the early 20th centuries. Sort of Thomas Lamb of his day.  A re-design of the theater was carried out by Thomas Lamb when the Columbia became known as Loew's Mayfair. 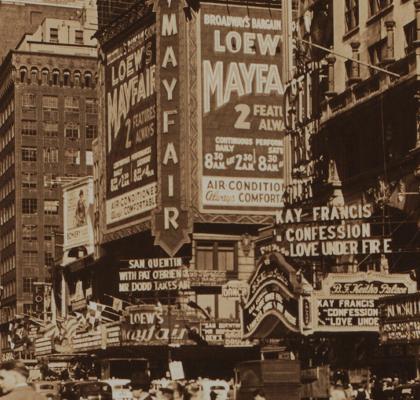 We knew this place as the Embassy 2, 3, and 4.  It's last incarnation was an over sized souvenir store - never had I seen so many Statue of Liberty(s) or Empire State Buildings in one place. 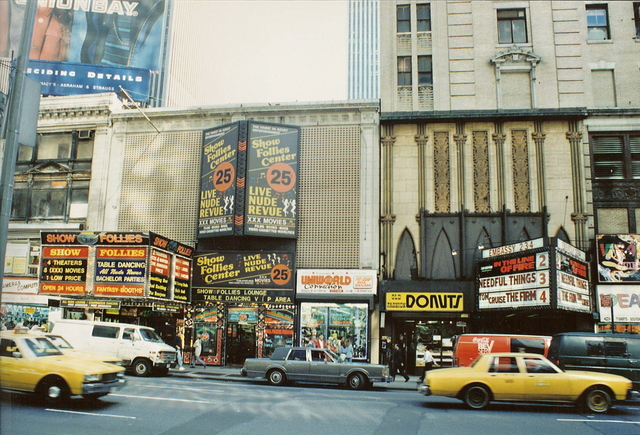 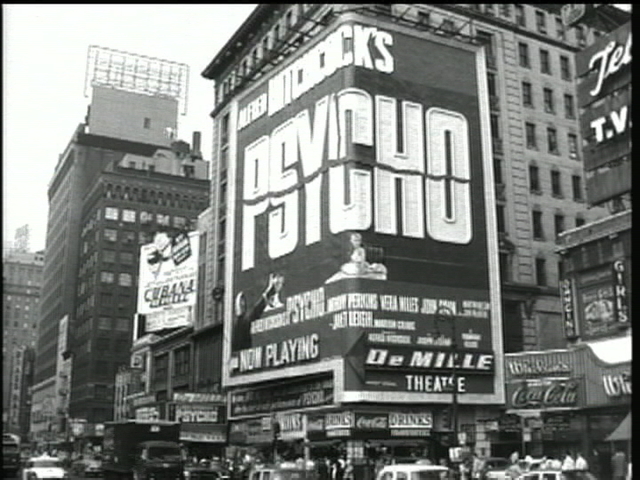 The theater had several names over the years, including The DeMille, like in Cecil B. Amongst the big New York City premiers was one of the most famous movies ever made.  In June of 1960, with the famous "No one will be admitted after the start of the picture" policy, Alfred Hitchcock's Psycho opened. 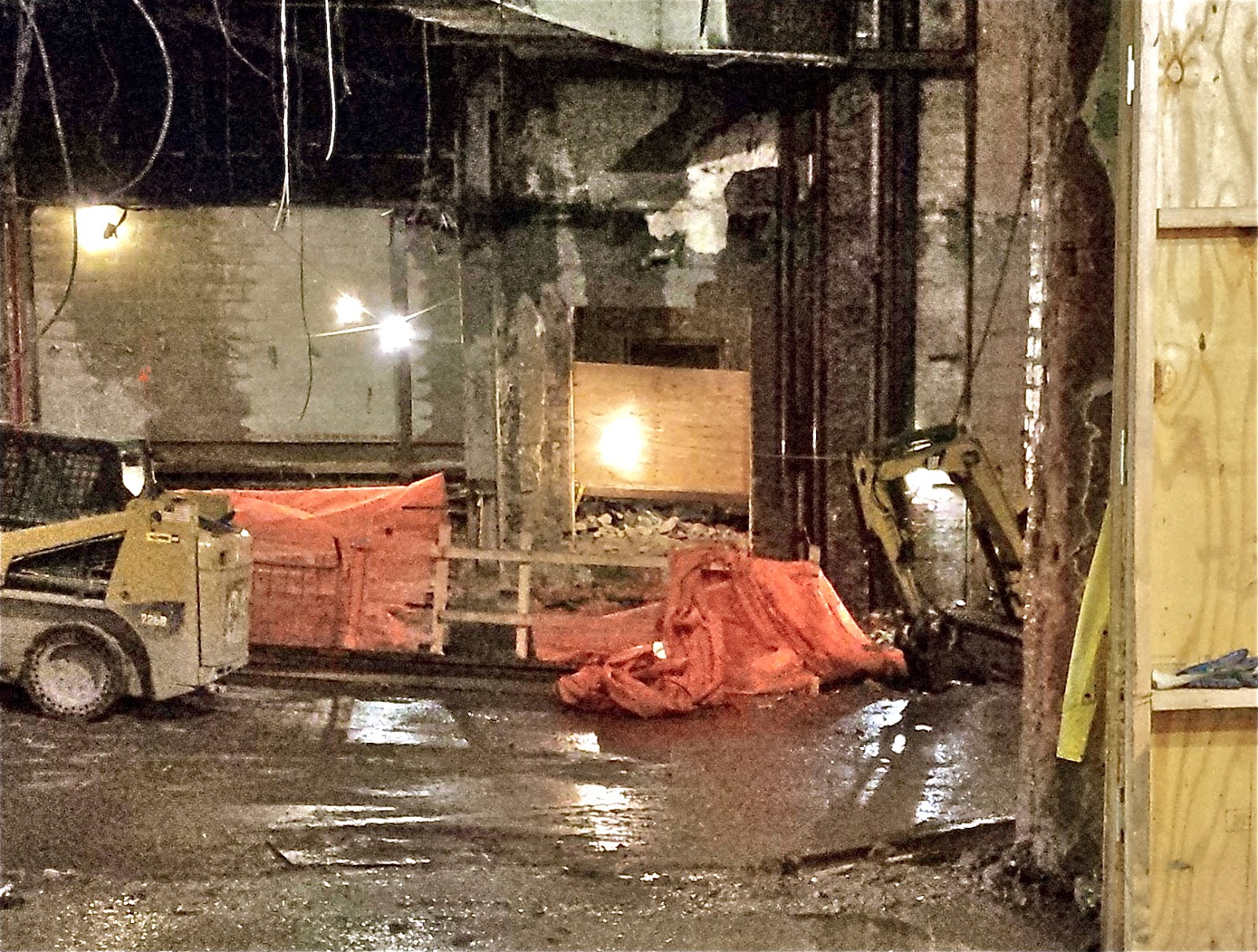 I was walking by the demolition site the night before Thanksgiving and I decided to investigate. I found a small hole in the wall.  Aren't we lucky to be living in an age where most of us have a camera at all times?  The souvenir store did not use the entire space.  What we are looking at, I believe, is the downstage edge of the stage and where the orchestra pit would have been and the orchestra section of seating would have begun.  I tried to get in there the next day but there was no one there on Black Friday. However, I knew that with the help of the iPhoto, I would get something usable. 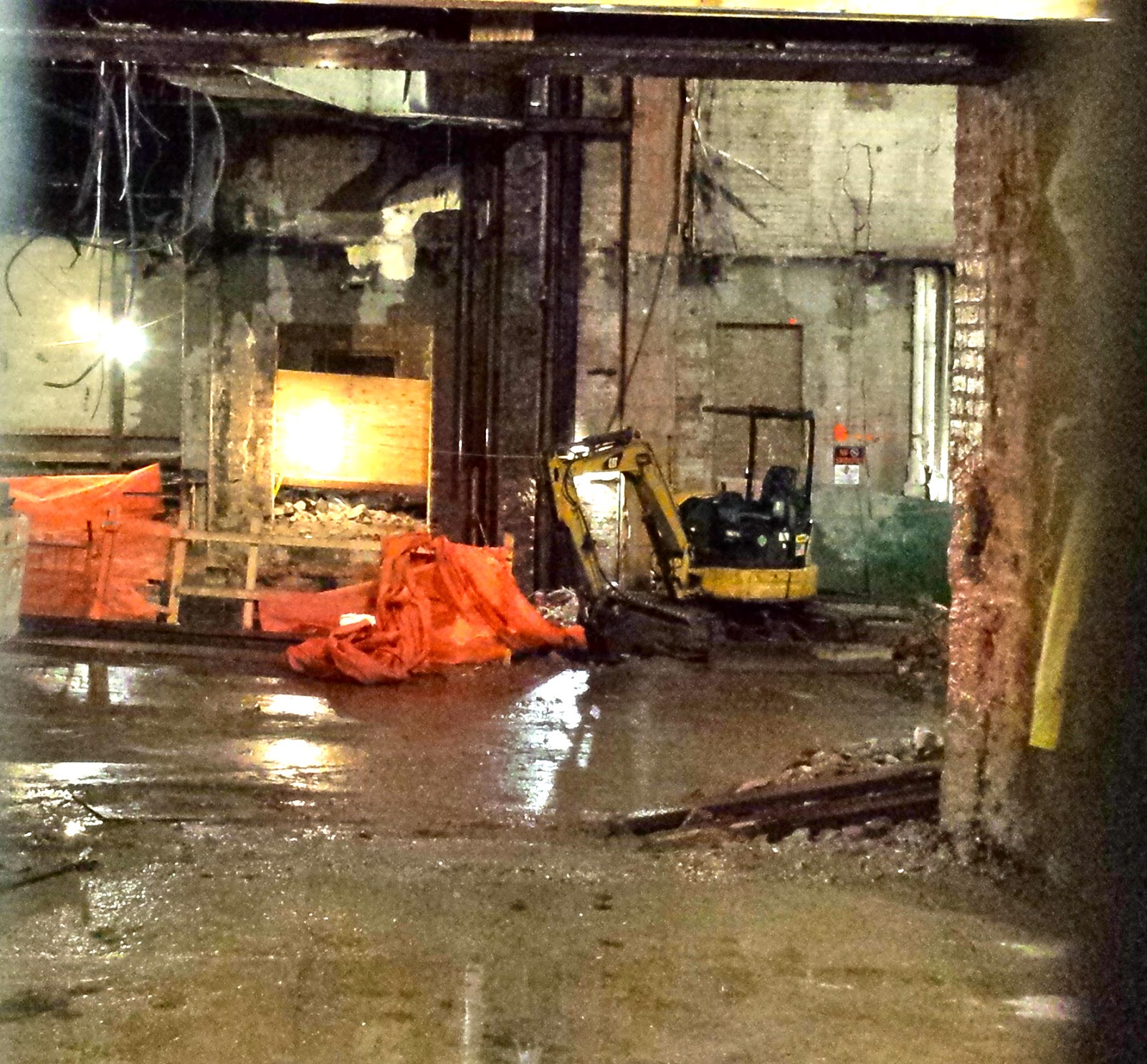 I pointed my phone as best I could to the left so I could get what I believe is the stage.  It is not unreasonable to think that we are looking at the stage right wing space through the proscenium opening.  Or what is left of it. That yellow machine is a small bulldozer type thing. The machine's arm (for lack of better term) is resting on what could be the proscenium arch structure and the vertical channel for the smoke pocket used with the fire curtain. 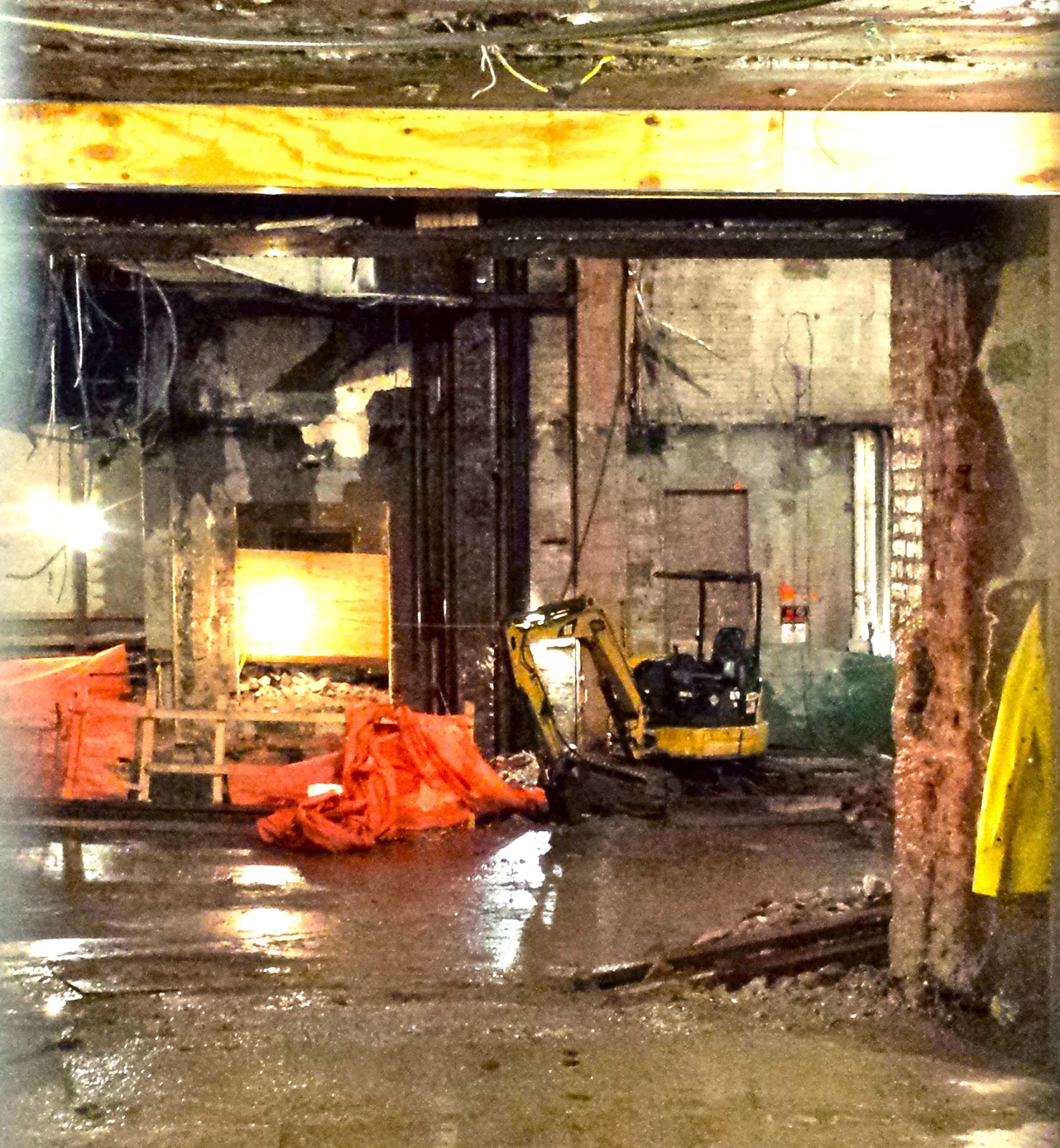 There is a bit of an incline going up to this area. Does this mean that the area with the mini bulldozer, the area I believe to have been the stage, somewhat elevated? If I ever get down there . . . but it may too late.  Goodbye Columbia Burlesque, while New York reinvents itself again, as you fade away into the memories of fewer and fewer,  along with the careers of those who tread your boards.
Posted by New York Tours By Gary at 11:12 AM