What am I doing on the East Side? 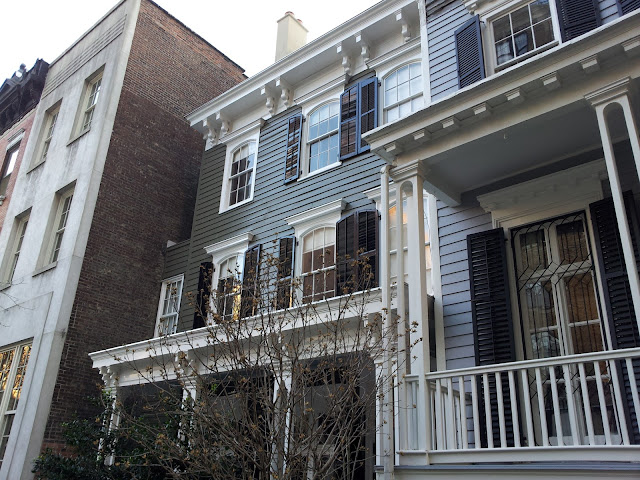 Every Wednesday up until recently, I passed two wood frame houses, relics of another time. A pre - 1877 time as this was the year the City of New York passed a ban on this type of construction over safety concerns. In an era of wood construction, New York has some pretty disastrous fires: The Great Fire of 1776 (which may have been started by Nathan Hale and a book of matches) and the pretty good fire of 1835. Both of these fires destroyed thousands of wooden structures (ever wonder why we have nothing left from the Dutch era in lower Manhattan?) and our forward thinking city fathers were looking out for our well being.  This house went up in 1859 at what is now 122 East 92nd. It was built for a customs house officer by the name of Andrew C. Flanagan. The area had undergone a population boost when the first railroad in Manhattan, the Harlem River Railroad, opened a station at 86th and Fourth (Park) Avenue in 1836.
An addition was built for the servants and is visible on the far left, a slender portion that is set back from  the original facade. In the 1920's, a fourth floor was added and the original columns on the porch had to be replaced. It is still a single family home. 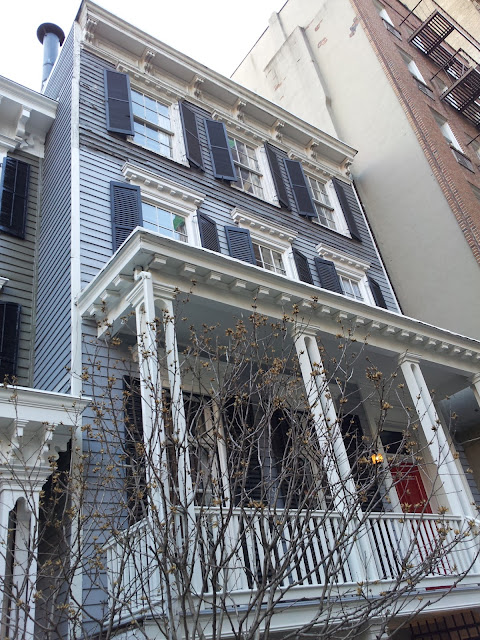 In 1870 Mr. Flanagan sold the western edge of his property and by 1871 number 120 East 92nd was built. It too is still single family. Both of these structures represent eras so by gone in this town it shocks me that they and the others like it that have survived north of Greenwich Village: The rural character of the Yorkville area is exemplified by 122 East 92nd, with it's deep porch and large french door/windows that lead out to that porch as well as the construction method - wood.
Posted by New York Tours By Gary at 2:20 AM No comments: