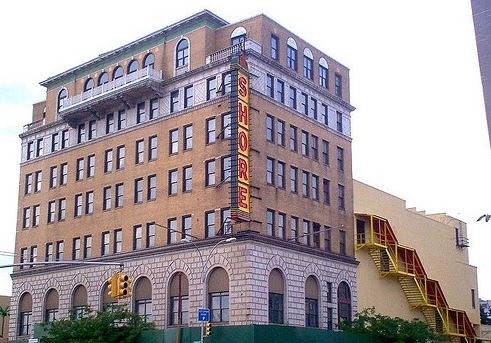 Some one said to me "what about Brooklyn?" I used to say only the dead know Brooklyn 'cause it would take you a lifetime to know it and even then you wouldn't know it all. Now I believe it would take an eternity to know the borough of kings that became part of Greater New York in what some people called "the mistake of '98".  The history of my second favorite borough is incredible, to much for a blog to ever attempt to cover.  I will start with, of course, a theater. This is the Shore Theater. Eventually it became Loew's Coney Island Theater. The theater opened in 1925 and this past December it was declared a New York City Land Mark. 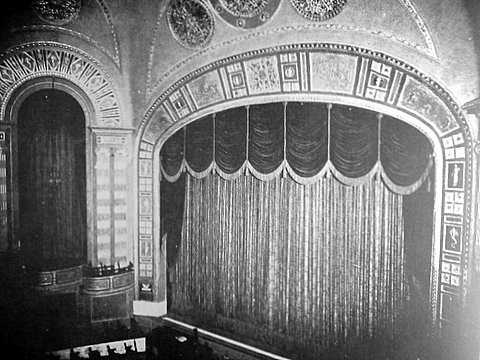 The Coney Island Theatre Building was built in 1924 and like I said, opened in 1925. The building and theater were designed by architects Paul C. Reilly and Douglas P. Hall, of Reilly & Hall with associate architect Samuel L. Malkind, all of whom were protégés of my favorite theater architect Thomas W. Lamb.  While proteging with Thomas Lamb, Reilly worked on Lamb's Rivoli Theater on 50th Street and Broadway. That long lost house has a very important place in theater history; it was the first theater to be built with air conditioning. The Shore opened in June of 1925 with the picture “The Sporting Venus” starring Ronald Coleman and live performances by the famous Siamese twins Violet and Daisy Hilton. This beautiful 2,500-seat theater, built for vaudeville and motion pictures came with a six story office building on top. Shortly after its opening, the theater came under the operation of Marcus Loew, and then it got the name change to Loew's Coney Island Theatre. According to one source, Al Jolson performed here on August 11, 1949. 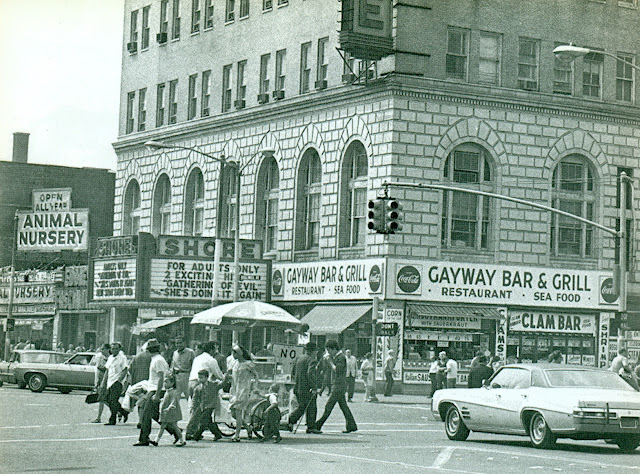 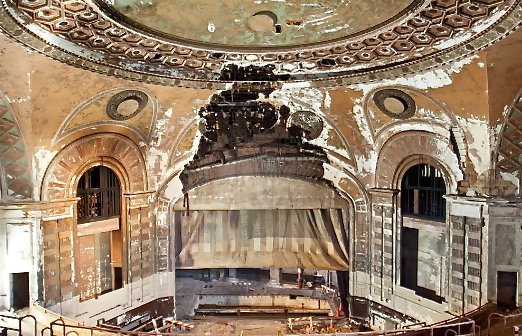 This is the house recently. The owner, known for his large number of Kansas Fried Chicken franchises, is trying to sell the building. The owner also closed the theater 35 years ago. Not wanting it to be land marked, the owner refused to let people in to see it until recently.  It was allowed to deteriorate in hopes of blocking land marking.  This is a typical ploy used by building owners who do not want their property designated; they will allow it to fall apart or will damage the structure.  Facades of beautiful buildings have been shaved away in acts of civic vandalism geared only to ruin a structure and make it unworthy.  Even worse is that the Department of Buildings will issue a demolition permit for a building that is in the process of being considered for land marking.  The two open spaces within the arches on either side of the proscenium once held pipes and the machinery for the Moller organ.
Posted by New York Tours By Gary at 5:27 PM 1 comment: