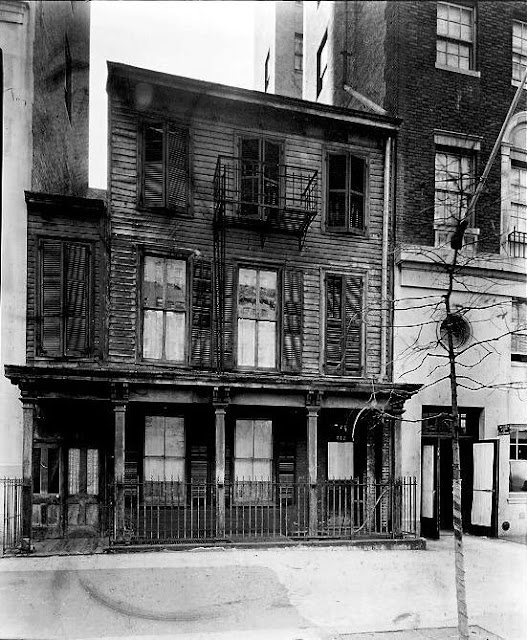 This is the original 542 West 110th street. It was a relic from the previous era when this was still a rural area. The small wood frame house survived through the 1940's, sandwiched between two large apartment buildings that were a part of that residential development explosion that occurred at the turn into the 20th century. 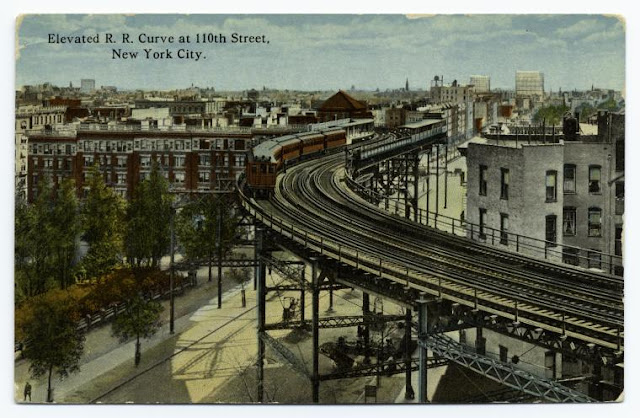 This is a color tinted postcard of "suicide curve". It is were the 9th Avenue el swung east at the end of 9th / Columbus Avenue, went east along 110th street to 8th avenue then turned north. The view is looking east from the western side of 110th street and Columbus Avenue. Central Park is visible in the upper right and that is Morningside Park on the lower left. The red buildings are on the north side of 110th and Manhattan Avenue, the one on the corner is gone. Just over the roofs of reddish buildings is the triangular top of the 110th street station on the 8th Avenue. 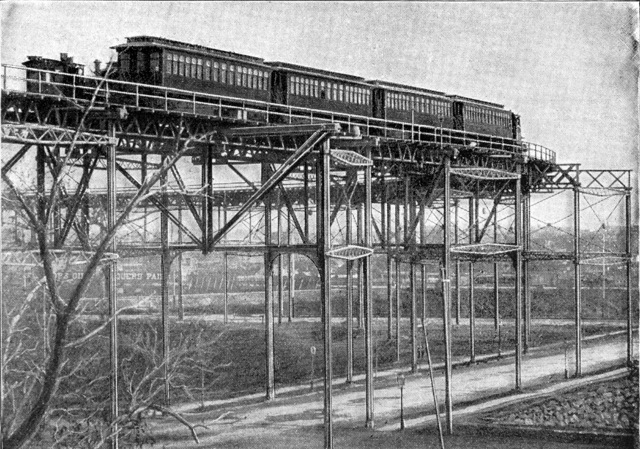 This is what it looked like during the steam era and before there was any large scale development. This section was called "Suicide Curve" but there was never an accident at this location. The 9th Avenue El opened in 1878 and the stations around here opened by 1879. 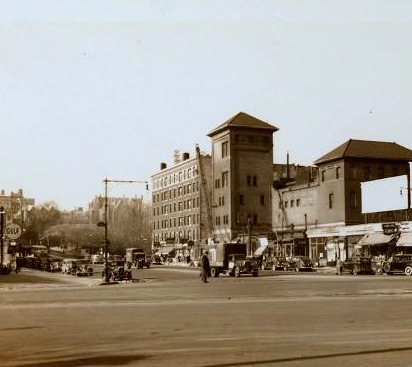 This is looking west from Central Park West and 110th Street. That is the station for the El that has disappeared. The 9th Avenue el was shut down on June 11th 1940 and was gone by 1941. Originally there was no station at 110th street. It was thought the since the tracks were so high up that a station could never be built there. The tall silo looking part of the structure housed an elevator and stairs. The section to the right supported the tracks. This station lasted until the early 1970's. 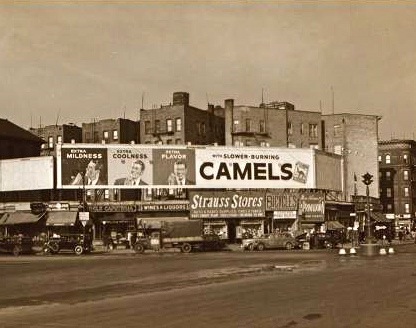 This is looking south from 110th street and Morningside Drive. Columbus Avenue ends here at 110th and Morningside Drive begins. Columbus Avenue slopes downward as you head north, forcing the ninth avenue el to be operated at what was the highest point in the New York City transit system (until the F train at Smith - 9th Street in Brooklyn opened).
The one story buildings with the Camel's billboard on it and the tenements behind them built at an odd angel were done so to accommodate "suicide curve". Almost everything in this photo, except for the Camel ads, the cars, the trucks most of the people and the traffic lights are still there. The Strauss store is occupied by Giovanni Pizza. 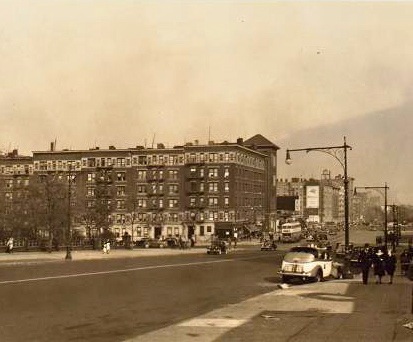 Looking east at Central Park West. The roof of the old station on 8th Avenue is visible above the apartment buildings on Manhattan Avenue. 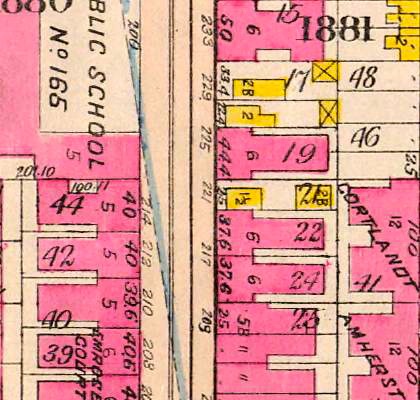 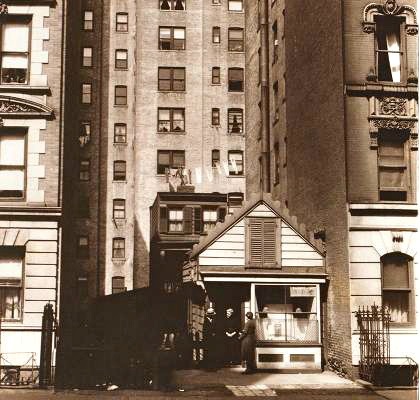