The Washington Theatre on Amsterdam Avenue and 149th Street. 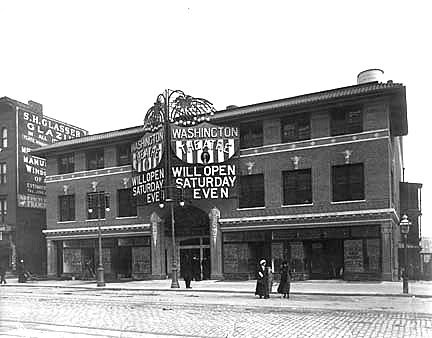 This is the Washington Theater on Amsterdam Avenue between 149th and 150th streets. With a seating capacity of 1432, the Washington opened in August of 1910. It is considered to be the oldest surviving theater designed by, you guessed it, Thomas Lamb. The Washington still stands today as the New Covenant Temple and is, according to rumors, intact. 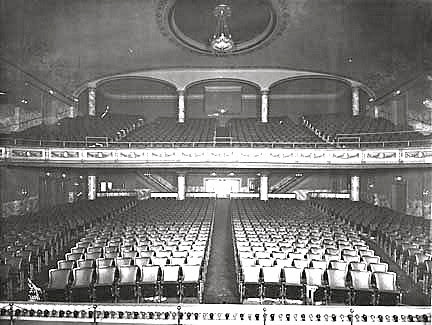 View from the stage.  Look at all those footlights. 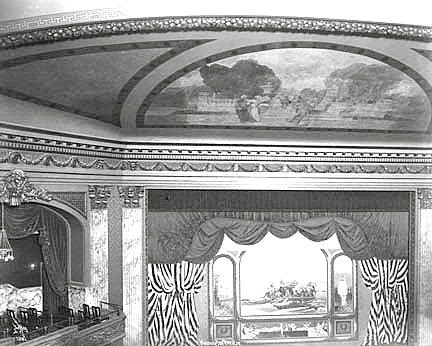 View towards the stage, the house left boxes and the mural on the sound board above the proscenium. It appears that the fire curtain has been lowered. 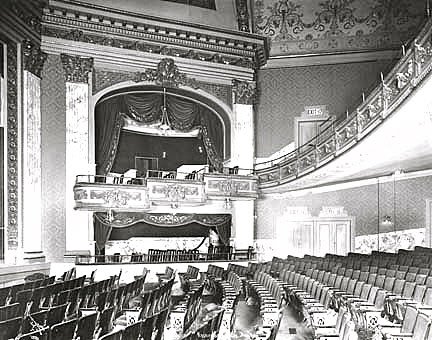 This is looking at the house left boxes. Thomas Lamb was a genius and always used cantilevered balconies in his theaters. I do not recall one of his houses that had support columns under the balcony ruining the view. The boxes on orchestra level are separated from the orchestra section with a small partition. A real delineation between the box seats and the rest of the world. I know that Lamb's Capitol Theater (the largest theater in the world for a few years) and the Hamilton had boxes very similar to these. I know that I mentioned this before but Mr. lamb was never a licensed architect. Surprising for a guy who was a building inspector for the City of New York. 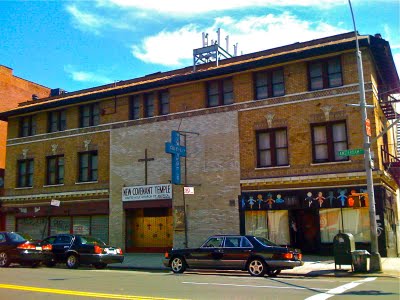 This is the theater now. In mid May of 2011 the church that owns the theater put it up for sale. There are no Landmark Restrictions and they are asking only 11.5 million dollars. If the rumors that it is intact are true, it should be saved.
Posted by New York Tours By Gary at 12:42 PM 2 comments: