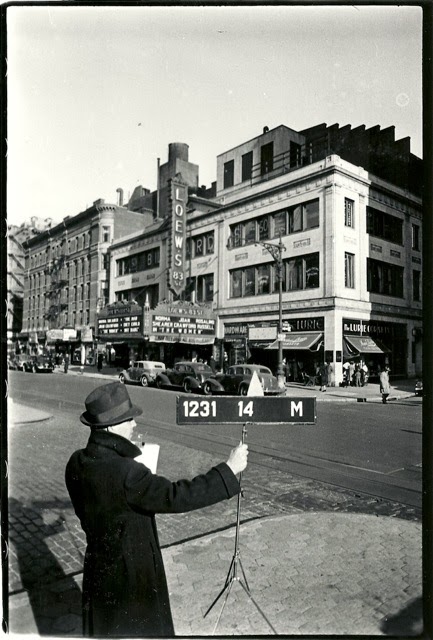 Opening in September 1921, the 2633 seat 83rd Street Theatre was part of built at the same time as Loew’s State in Times Square.  Built for MGM product and vaudeville, I would venture to say that it was the premier Loew’s house north of Times Square until the opening of the larger (by a 811 seats yet) Loew’s 175th Street Wonder Theater in February of 1930.  The State and Loew’s Capital were the flagship uber-houses.  The State was in the in the building that was home to Loew’s corporate headquarters which in turn was the parent company of MGM.  Until 1946 the big studios owned a significant interest in theaters that bore their name. The Paramounts, Fox’s and Warners of the world are examples of what became an anti-trust suit that was finally settled after W.W. II and the studios were forced to divest.  In the case of Loew’s, it was the other way around.  Exhibition had to divest production as opposed to everyone else, production divesting their exhibition interests.  Don’t get me wrong, there where loopholes and shenanigans to exploit.

The house has been referred to as plain. It was built just before the real golden age of movie palace construction, which began around 1925 and came to a crashing halt by 1930.  It is nowhere near as ornate as other Lamb houses of the “golden era” but it was beautiful.  Although my memories of the theater have severely faded, I do remember the stained glass lighting fixtures flush with the overhang of the balcony. 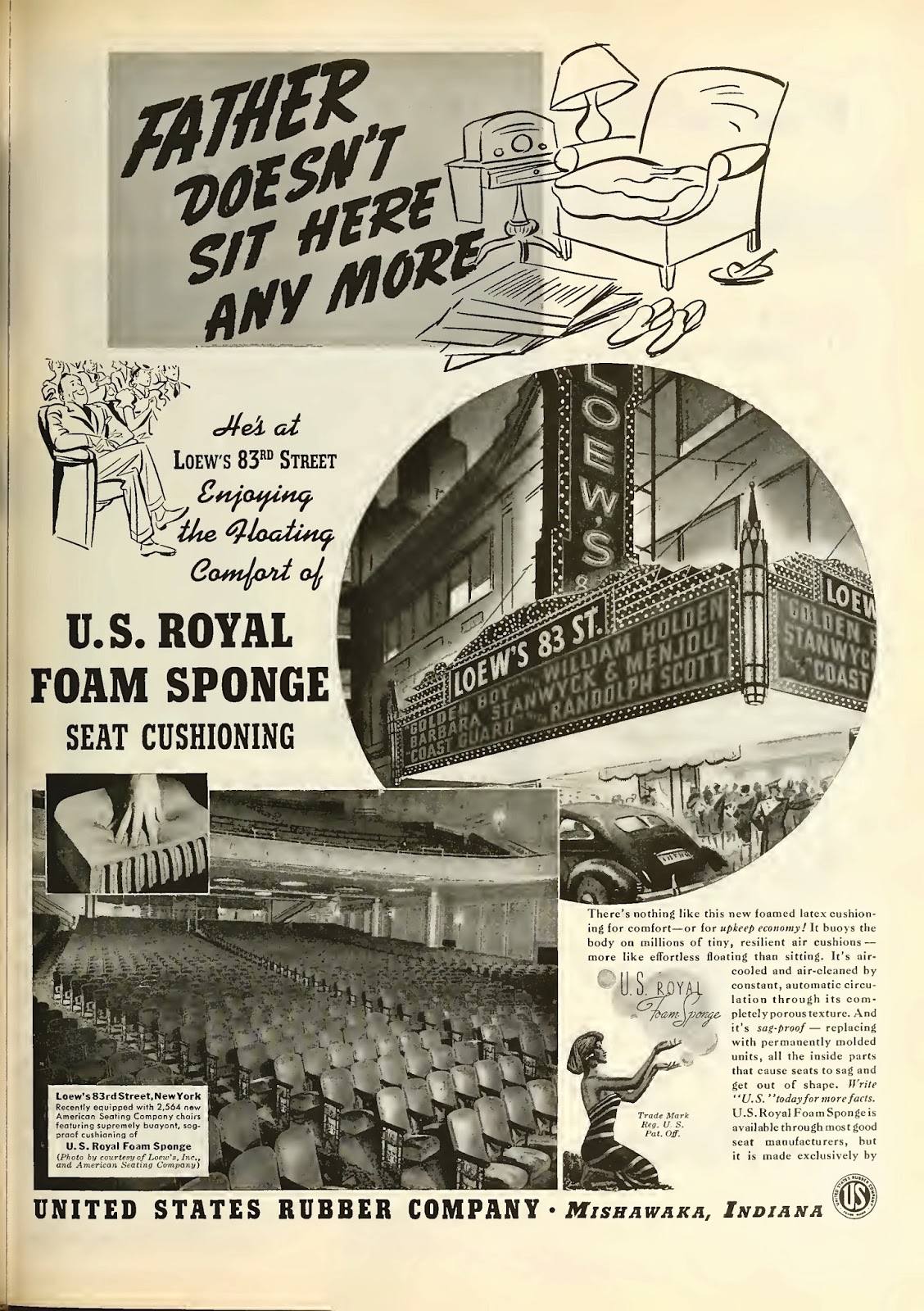 However plain it might have been, Loew's did spring for new seats, as noted in this 1939 ad and the benefits of sponge foam.  If I am remembering this right, there was a chandelier over the inner lobby that had to be original.  Many a time I had to wait for a date who had gone into the ladies room but I had a view of that chandelier and the lobby below from the balcony outside the restrooms.

Some of us remember the "matrons", older woman who had been hired during W.W.II to monitor the kids in the theaters.  Children who came to these theaters by themselves had to sit in a special section. In the case of Loew's 83rd, the house right section of the orchestra (house left was for smoking). This was done to protect children from the raincoat men who would gravitate towards kids dropped off by their parents who, during the war, would go off and work in a defense plant for 8 hours and too many movie houses became day care centers.

The theater was first cut up into a “triplex” by 1975, then a quad by 1978. The seats were never re-angled, left in their original single screen position so you always sat at a slight angle from the screen. Until it was cut up into a quad you had a view of the intact auditorium and it’s box seats from the balcony.  The fact that the boxes were still there was not only a rarity but also shows how theater design had changed.  Live entertainment, although included in the design had taken a secondary role in the purpose of the theater, which was to show movies.  The boxes, which did not have seats in them in 1975, were used by patrons and did not interfere with the projection. 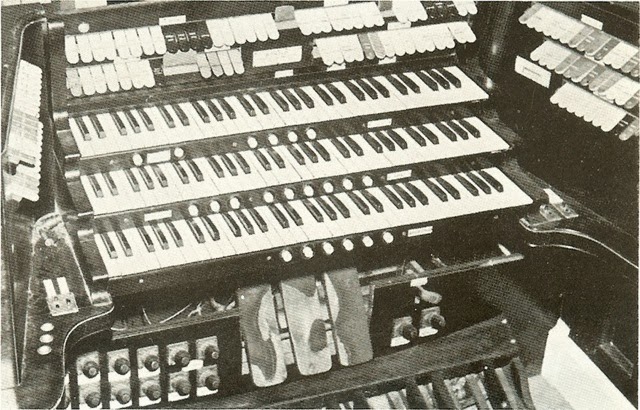 It also had an organ. Not a "Mighty Wurlitzer" but still a powerful instrument - not unlike an analog synthesizer (I know I have said this before).  This is a picture of the second and last organ to be installed in the theater. Identical organs were installed in Loew's Alhambra Theatre in Brooklyn, Loew's Astoria Theatre in Queens, Loew's Spooner Theatre in the Bronx and Loew's Rio Theatre in Manhattan.  The console pictured here was called the wing-style mahogany console.

Just before it was torn down I was fortunate enough to get a tour of the remains of the orchestra section and the stage. Everything in front of the wall they had put into make it a quad was intact. Sadly, however the boxes had been removed as well as the decorative plaster above then.  The orchestra pit had been covered over years ago.  The stage was very large but was not used after the sound pictures and the depression really kicked in. Loew’s dropped vaudeville in all but their big houses during the depression.  Even the big houses had periods of time when their stages were dark.  The Pin rail, used to tie off the ropes that hoisted scenery up into the fly loft, was intact.  There was a white grand piano sitting in the middle of the stage. There were 4 or 5 floors of dressing rooms that I do not remember why I did not explore.

Loew’s 84th, the soulless "six-o-plex" opened in 1985 and for a few weeks the old 83rd Street theater operated at the same time.  There were a total of 10 screen on that block for while, a ten-o-plex.  By the summer of 1985, another Thomas Lamb theater was but a memory.
Posted by New York Tours By Gary at 11:41 AM 3 comments: