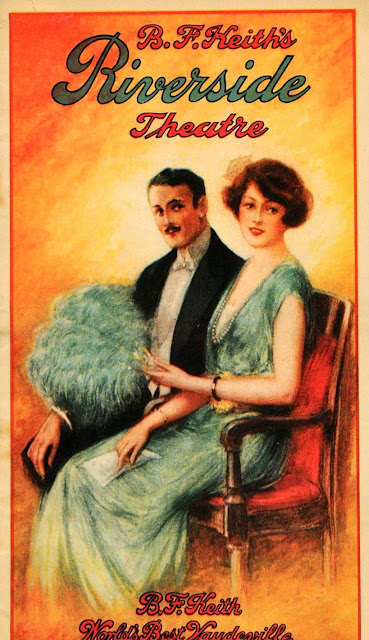 This is the standard early 1920's program cover for the Keith circuit.  I found another east coast theater using the same art work on the program cover, the Orpheum (in Boston I believe) that was proud to be presenting Houdini live on stage. What a smart couple, all dressed up for an evening at the Riverside. 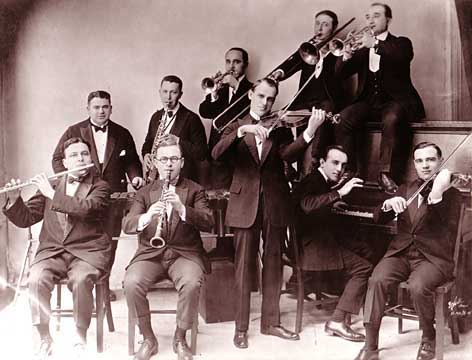