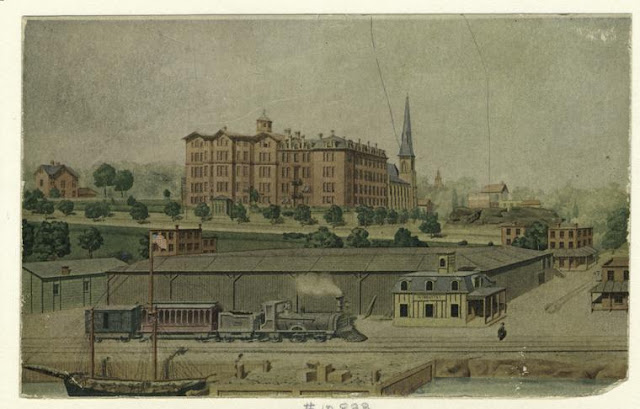 In 1841 the Academy of the Sacred Heart, a Catholic boarding school for girls, was founded in a three-story house on Houston Street on Manhattan's Lower East Side. The Academy relocated in 1847 to the area north of 126th street to 135th street between 10th Avenue (now Amsterdam Avenue) and Saint Nicholas Avenue.  Destroyed by a fire in 1888, the Academy was rebuilt on the same foundation.  The piece of land upon which the Academy was built ascended towards 135th street (if you were going north it ascended if you were going south it descended) and formed the north slope of Manhattan Valley. From this lofty perch you were able to view the village of Manhattanville.  The village gave the school a new name eventually, Manhattanville College and the name Academy became part of our phone system; Academy was a popular exchange in the area for years, until the phone company discontinued their use but songs like Pennsylvania 6-5000 and books like Butterfield 8 will make sure that at least two of Manhattan's exchanges will live on.  This is a view of the area at the western end of Manhattan Street, the street now called 125th street and that is Manhattanville College in the background. On a post Civil War map of the area, and in a photograph I have seen taken just before 1920, there was a railroad depot at the foot of Manhattan Street were it intersects with west 130th street and the tracks of the Hudson River Railroad. 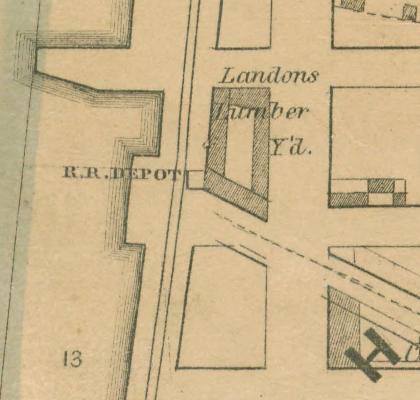 This is detail of the map showing a train station at West 130th. The Hudson river railroad carried passenger trains as well as freight when originally built. The line was instrumental in a small degree to the development of upper Manhattan.  As the elevated lines and subway lines came into being, passenger service faded into memory on what became a freight only line. However once upon a time, this was one of several passenger stations along the Hudson in Manhattan. 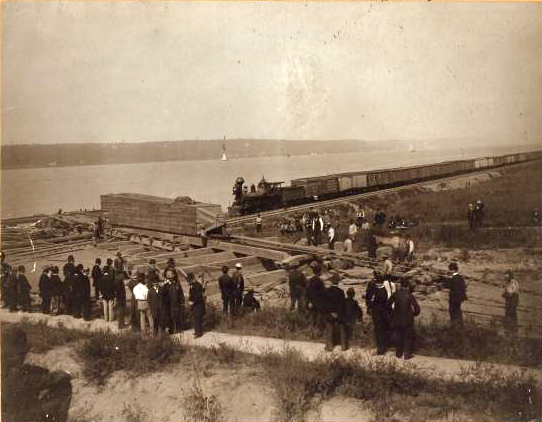 This is 96th Street and the big box holding up the train is the Obelisk beginning it's trip to Central Park. 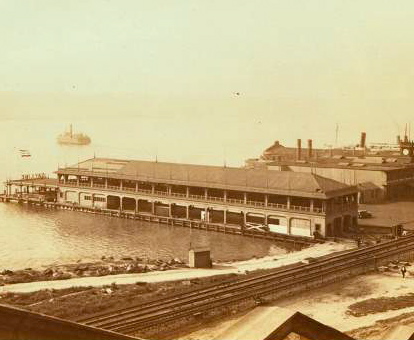 These piers were on the river at what we call 125th street. One was a "recreational pier" and the other was for ferry and excursion boats. Before the George Washington Bridge, or the Holland Tunnel, opened it could take you a few hours to get off this island of Manhattan if you were going by car.  Once upon a time an excursion boat to Coney Island made that pier a stop. The eventual year round operation of excursion railroads in Brooklyn (five in fact and all but one lives on as a modern day "subway" line) killed that business but the Day Line up the Hudson survived well into the post World War II era. 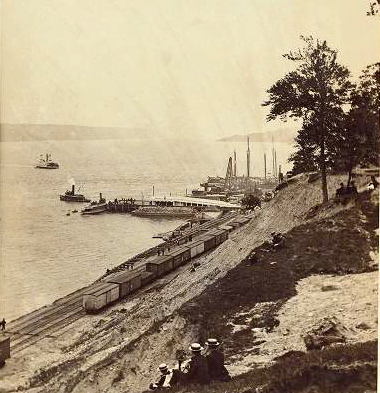 This is a view looking north from the north end of Riverside Park in 1890. 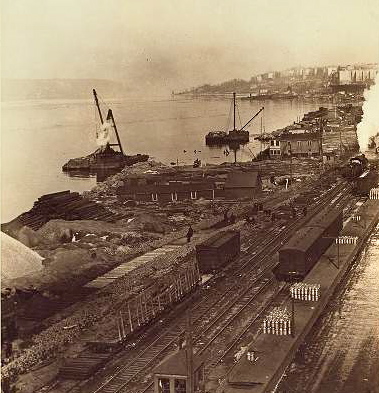 This is looking north from 135th street and Riverside and from the looks of it just at the very end of the viaduct over Manhattanville.  It is 1920 and those are milk cans on those flat cars. I hope they're empty. 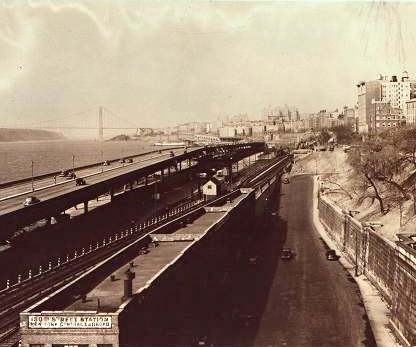 This is approximately the same spot in 1938 and the Westside Highway is in place.  The George Washington Bridge opened in 1931 and though you would think that this would be the final nail in the coffin for the Fort Lee Ferry, the ferry service survived into post World War II Manhattanville as a quick way to get to Palisades Amusement Park.  Notice the sign on the (still standing) building in the lower left? It says "130th Street Station New York Central Railroad".
Posted by New York Tours By Gary at 1:26 PM No comments: